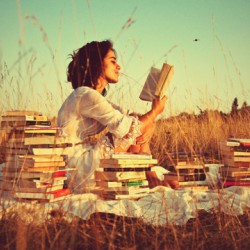 Call it what ever you want. I have a love affair with books. Reading is my escape.

I felt alive every time I read. I love the feeling of being swept away with

the romance, angst, drama, humor and emotion of a book. 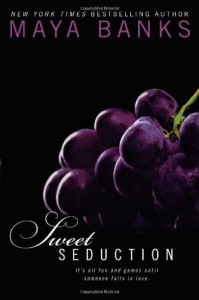 Salon owner Julie Stanford wanted Nathan Tucker ever since she gave him his first massage. Getting paid to feel every inch of his body, stripped, oiled, and spread out in front of her. Stuff dreams are made of. But the sexy guy was oblivious to the signals she was sending; until she finished off his final rub-down with something extra. In fact, the best extra he ever had. Unfortunately, he came around too late. Now Julie's moving on.

She was everything he'd dreamed of

The woman was driving him crazy.  She lit fire to his insides then ran like a scalded cat.  And now she's going to someone else to have all her fantasies fulfilled? Over his dead body. He's more than willing to give her what she wants, and as soon as he pins the little minx down, he'd show her his own brand of sweet seduction.

It's all fun and games until someone falls in love.

This is the third book in the series and like the first two book it was also pretty HOT.And a lot funnier than I expected.

Julie Stanford has the hots for Nathan since the moment he walked inside her Salon. She did her best to get his attention. She was thrilled and always wanted to get her hands all over Nathan’s hot body but unfortunately for her he was so determined to avoid her and her advances. And that pissed her off big time because it left her wondering what the hell is wrong with her.

I loved Julie’s character. I admired her spirit, determination. She knew what she wants or who she wants and willing to do everything to have it. She’s a fighter stubborn as hell but she also knew when to give up and move on.

Nathan Tucker. Oh gosh I don’t know if I want to smack him for being an idiot or kiss him for being sweet and softy. He’s extremely gorgeous, hot and sexy, smart, dependable, I could go on, but in short, he’s a real sweetheart. He’s easy to get along with, funny, he jokes a lot especially when he’s with his friends except when it comes to Julie. Since he met her he did nothing but act like some teenage boy about to experience his first orgasm.

And for that the winner is Micah. Haha. Lucky man. He’s always been asked to be the second guy.

Julie and Nathan’s nature of relationship is slightly different from the first two but I think it’s perfect for them. I don’t see Nathan doing stuffs like what Damon and Micah. But the story still great. The bed scenes are freaking HOT. HOT. HOT. And I loved the way how Maya Banks included the subplot. I still get to see what’s happening in Faith and Serena’s happily ever after. I also enjoyed the little information about Micah and Connor that was provided in this book.

Sweet Seduction is such a great book. And I really, really like it. Kudos to Ms. Banks for keeping me interested and wanting more.